We believe that, “What we do today, right now, will have an accumulated effect on all of our tomorrows!” 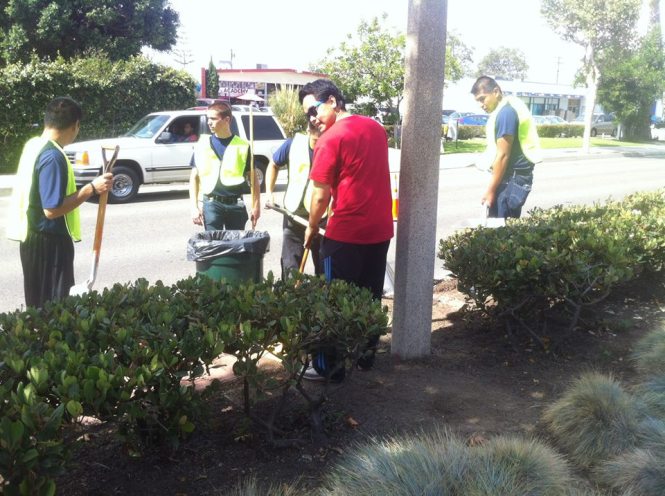 Hello fellow SRC Recyclers and readers!
The season of giving thanks is approaching! SRC gives thanks to our valuable things on earth… by planting trees (and natural vegetation)! This Sunday morning at 7 a.m., our group traveled to Peters Canyon Regional Park in North Tustin, California to restore the forest to its natural habitat. The land (of 340 acres) was very dry and barren when we got there with some little green sprouts popping in the ground. 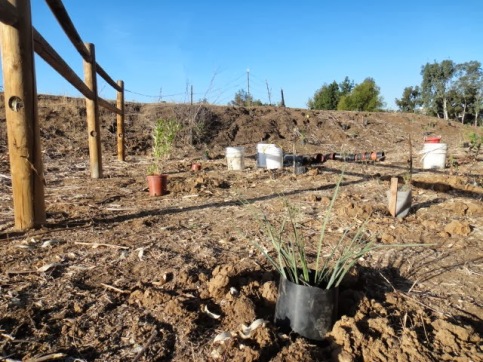 Our friendly forest ranger taught us step-by-step how to properly plant trees.

It may sound simple, but it is actually more strenuous when you do it, especially in the growing heat from the sun. The ground contained really hard sediments of clay and rocks. The soil was so hard that we had to crack them down numerous times with a large, thick wood. That did not stop SRC and volunteers, and we persevere with our forest planting until every plant has its spot and will grow into a beautiful forest.

Baby trees and plants are scattered and thriving in the crushed soil but are in dire need of water. So we went in the barren lands and quench the thirst of over 70 plants. SRC was hard at work trekking back and forth from the water truck to nourish the plants. With a great workout comes even greater benefits, which is to make the trees and plants grow in their natural ecosystem to give shade, absorb toxins in the air, and give more animals a happy and comforting home. 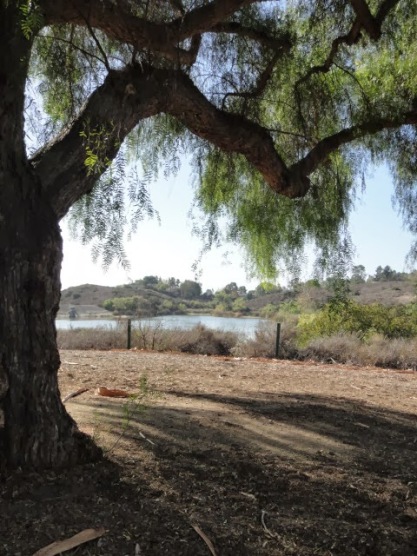 “Someone’s sitting in the shade today because someone planted a tree a long time ago.”-Warren Buffett . LET’S SAVE THE EARTH TOGETHER!

“It took over,” Urbanski said. “It crowded out the natives.”

Every third Sunday of each month, volunteers gather at the northern edge of the park, west of the parking lot, to re-establish the native plants of the region that double as a natural fire suppressant.

This would dig up and activate the seeds, increasing its tendency to proliferate and overcrowd, Urbanski said.

Instead, the volunteers turned mustard into mulch.

On a previous day, the reproductive flowers of the weed were bagged and eradicated.

At the event Sunday, the nonintrusive stems of the weed were hacked into splinters to enrich and insulate the soil, Urbanski said.

The natives will soon outnumber, overwhelm and choke out any unwanted vegetation.

Lemonade berry, Laurel sumac, California sycamore, California buckwheat and California rose are some of the native plants waiting to be planted in the refurbished land, Urbanski said.

A sound similar to maracas emitted from a dense stack of stems. A teenage rattlesnake emerged from its former home, terrified of its unprovoked invaders and eradicators.

Urbanski conceptualized the wild animal would find a halfway home until it can return to the reformed area, free of constant human interference. He continued with the affirmation that rattlesnakes are wanted within the ecosystem because of its powerful hunger for rodents and rabbits.

The rattlesnake curbs the population of its herbivorous-prey into an environmentally sustainable size.

Digging in the dirt alongside the OC Parks volunteers were the CSUF Student Recycling Club volunteers.

Organized since 2009, and with a strict no membership fee policy, the Student Recycling Club is not only involved in traditional recycling programs but also eclectic salvaging projects, such as converting a weedy-wasteland into an aesthetically embellished landscape for a multitude of future generations to enjoy.

The Student Recycling Club also volunteers every Sunday at Someone Cares Soup Kitchen in Costa Mesa.

Trinh “Sky” Pham, the Student Recycling Club president, said she would describe the organization as, “small in size, but big in the action.”

Celebrating her 32nd birthday, Summer Duong, a friend of the Pham, decided to benevolently influence and perpetuate a world she wants to see for years to come.

Two Korean exchange students studying environmental engineering, Soomin Woo, 22, and Seula Kong, 23, have both been in the country for a couple of months, but already have invested a substantial amount of time conserving a land that was once foreign to them.

“We have been working on the mission of using proceeds of recycles to donate to needy people and the community,” Pham said. “Last year we gave out 200 sleeping bags and 180 toiletries to needy people from Los Angeles and Orange County, (and) donated $500 that equals to 10,000 meals for Vietnamese orphan kids in Stop Hunger events.”

The club recently submitted a proposal to Associated Students Inc., which is currently being drafted into a plan, Pham said.

The proposal is to have an on-campus recycling program involving the Student Recycling Club, the Environmental Health and Safety department, ASI and the campus community.

The plan intends to establish recycling bins on campus and an incentive program that promotes active recycling.

On Halloween, the Student Recycling Club, in collaboration with the CSUF Volunteer Service Center, will be hosting Trick-or-Cans. The event is a campaign to collect cans instead of candy.

To all our eco-conscious customers, here are some tips to live a green life in 5 quick & easy steps

1. Give an eco-friendly gift with a personalised note to a friend. Unexpectedly. And nope, it doesn’t have to cost a thing.

You can make a sturdy paper bag at home.Here’s a step-by-step video guide.

Or, here is another idea, albeit a little more complex: you can stitch a cloth bag/tote from an old garment and pass it on as a vegetableshopping bag or a tote. A video to help you out.

2. After you eat fruits, don’t throw the seeds into the garbage bin. Throw the seeds where you know a fruit tree will thrive.Throw the peel at the base of a new plant in your housing complex garden. It will decompose and turn into fertilizer for the growing plant.

3. If you are into home-gardening, or have potted plants in your balcony, you can save water and get easy access to fertilizers in the following manner:

4. If you have free time at work, search for stories that inspire us to live green and be ecologically conscious. Share them with friends and co-workers. Here are two stories and a few titbits I found to talk about over an office lunch.

5. Celebrate! Call friends over for dinner or brunch during this long week-end that’s coming up. Cook a meal from organic ingredients and locally grown organic produce.

If you have any more ideas that you think I ought to incorporate into this list, do write to me at spham0168@csu.fullerton.edu or submit them on our Facebook Page

One thought on “Environment”