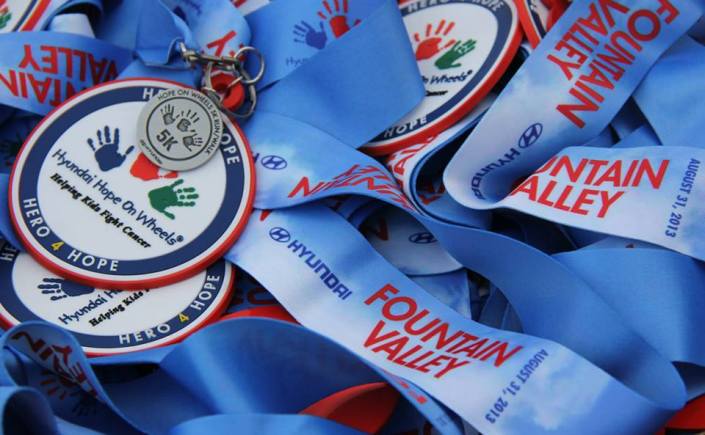 Hyundai Kicked off a Month-Long Series of Activities to Donate over $10 Million and to Raise Awareness for Pediatric Cancer Research; Hyundai Motor America Celebrated 90-Day Countdown to the Company’s Return to New Fountain Valley Headquarters

Costa Mesa, Calif – September 4, 2013 – Hyundai Hope On Wheels held a 5K run-walk on Saturday, August 31st, which brought together nearly 1,000 participants, volunteers, sponsors, and Fountain Valley residents. The Fountain Valley run-walk is one of eight 5K run-walks that Hyundai Hope On Wheels has planned for the remainder of this year to support pediatric cancer awareness. The event was led by Hyundai executives, and in attendance were State & Local elected officials and other community leaders. Over $42,000 was donated to CHOC Children’s from the event, which will go to continue pediatric cancer research at the Hyundai Cancer Institute at CHOC. These funds were raised from donations made by Hyundai Motor America, Hyundai Capital America, and 5K proceeds. The event also marked the final countdown of construction on Hyundai’s new U.S. headquarters building, also located in Fountain Valley.

“We were extremely excited to bring the Hyundai Hope On Wheels 5K to our home of Fountain Valley,” said Zafar Brooks, Director Corporate Social Responsibility, Hyundai Motor America. “The event served as the start of our National Childhood Cancer Awareness Month series of activities, and also gave us a chance to include the local community in our efforts. We could not have been more proud of the show of support we received.”

Immediately after the donation ceremony, Hyundai executives and City of Fountain Valley officials announced the final countdown of Hyundai’s new U.S. headquarters. Hyundai Motor America President and CEO, John Krafcik, announced that the 500,000 square foot headquarters building is nearly completed. Krafcik stated “We’re excited to be returning to our home of Fountain Valley, with just 90 days remaining until we begin moving in to our new state-of-the-art building that will someday hold as many as 2,000 employees.”

The Hyundai building is located at 10550 Talbert Ave and will be the largest building in the city of Fountain Valley. Mayor Mark McCurdy, and members of the Fountain Valley City Council, joined Mr. Krafcik and Mr. B.H. Lee, Hyundai Motor America Chief Executive Coordinator, in unveiling two large poster boards with a rendering of the new building, to mark the final countdown of the project. Each signed the board with notes of well wishes, of which one board is being presented to the City and the other will be displayed at the Hyundai headquarters building. 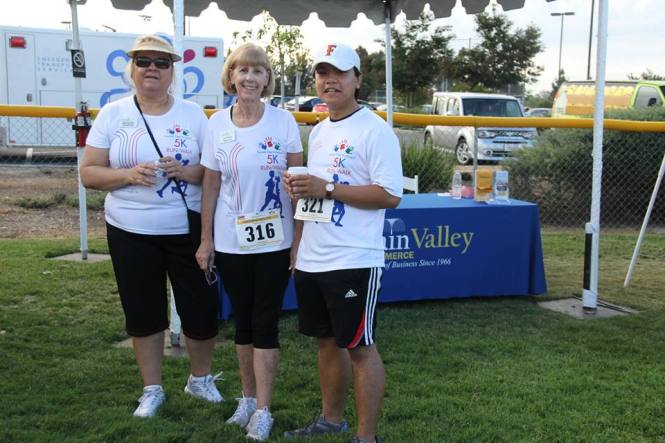 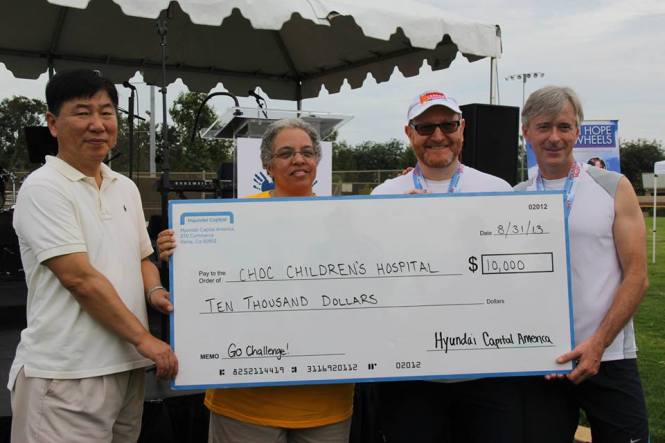